Following the recent release of his debut album Dulcie Holland Crescent, we caught up with Ronan Apcar, an up-and-coming composer and pianist from NSW, to find out a bit more about this exciting project.

Thanks for chatting with us Ronan! Tell us a little bit about yourself - what's your story?

I’m a composer and pianist currently in my third year studying at the ANU School of Music, Canberra. I was born and raised in Sydney, so I find myself going between both Canberra and Sydney. My first experience with music was actually on a Nintendo DS game called More Brain Training from Dr Kawashima which had a “piano player” part. I decided I wanted to play the game on the real piano that my sister and father played, so I started teaching myself the piano when I was maybe seven or eight years old. I also started learning the trumpet at this time and when I was twelve, I started showing an interest in composition and was lucky to have a composition teacher at the school I was at.

I went to the Conservatorium High School in Sydney for my last two years at high school where I started to get really into music. It was a very intense couple of years, but it gave me a glimpse of what a life in music involved. For me, those couple years were an affirmation that music was what I wanted to pursue. After Con High, I went to the ANU School of Music where I’m now studying a Bachelor of Music with a double major in performance and composition.

As a performer, I’m interested in pretty much everything except the old and traditional. I often joke that I don’t touch anything before 1900! I’ve just always had an inclination towards music of the 20th and 21st century because it always feels more audacious and organic which is very exciting to me. Plus, the scope of repertoire is huge meaning there are so many different and unique styles to choose from. I’ve also been doing lots of cross-genre and multidisciplinary work recently and I’m interested in trying to combine all of this into off-beat gigs that break the stereotype of what a ‘piano recital’ can be.

What’s your connection to AMEB? What exams have you worked towards throughout your musical education?

Because I started playing the piano by teaching myself, I didn’t have any lessons until a few years after I started playing. I think this resulted in a fairly unorthodox piano education where I was pretty much on my own path with the help of a few teachers. Although I was sitting AMEB trumpet exams most of my school life, I didn’t sit my first AMEB piano exam (which was Grade 8) until I was 15 or 16 years old when I decided to start taking music seriously.

Growing up, I would always hear of kids getting their AMusA and LMusA diploma and what a big deal it was. I always saw the LMusA as a prestigious award and so it became personal goal of mine, inspired by those amazingly talented musicians who had achieved theirs at such young ages. I started working towards the LMusA in 2019 when I got to university and I was very proud to have received my LMusA with distinction in 2020!

What inspired you to investigate Dulcie Holland's music?

The first piece by Dulcie Holland that I learnt was also my List D for my Grade 8 exam, The Lake. I hadn’t played a piece like that before; it was so unique in harmonic language and beautiful in melody, it had an amazing atmosphere, and it was a bit innovative and adventurous whilst remaining appealing. When I was looking at doing my LMusA a few years later, I saw that there was a piano sonata by Holland on the repertoire list. Remembering how much I liked The Lake, I thought that this sonata would be a great choice and much more interesting than the old classics by like Mozart or Beethoven. When I was reading about the work, I saw that Larry Sitsky AO had called it “undoubtedly a landmark work in the Australian oeuvre". Unfortunately, it was impossible to find either a recording or a score of the sonata – nothing was in publication anymore.

“...I was dumbfounded how such a great and highly revered work didn’t have any recordings publicly available. This became my inspiration”

Fortunately, being in Canberra meant that I had the archives at the National Library of Australia nearby and I was able to retrieve a copy of the score from there. After learning the piece, I agreed with Sitsky and thought it was an extraordinary work. Consequently, I was dumbfounded how such a great and highly revered work didn’t have any recordings publicly available. This became my inspiration to research piano works by Holland as part of my university degree. I ended up choosing four works – including the sonata – which were either not publicly available or unpublished and never recorded to release as an album. These recordings became Dulcie Holland Crescent.

What resources did you draw on for your research? We heard you were inspired by the recent biography of Dulcie Holland by AMEB examiners Rita Crews and Jeanell Carrigan.

Yes, Rita and Jeanell’s book was invaluable because it was the first biography and complete catalogue of Holland’s music. I did some surveying of catalogues and streaming platforms to try and uncover as much of Holland’s available discography as possible. My teacher at the time, Wendy Lorenz, was really helpful when it came to learning and understanding or interpreting the pieces. Otherwise, the only resources I really had were the biography and the archives at the National Library.

What has the response been to these recordings?

It’s been really gratifying! The whole intention behind this research-project-turned-album was to promote great Australian music, especially when it was slowly fading into oblivion. Given Holland’s significance in Australian music history, the response from arts communities and organisations has been really enthusiastic and I’m indebted to them for supporting this project. Several magazines have published articles (and I’m waiting on reviews) about the album and radio stations like Fine Music and ABC Classic have been playing recordings from the album. I’ve had lots of people write to me to congratulate me and express their happiness at discovering new music. I even received an email from someone in America who hadn’t heard of Holland before but was really impressed with her music! I worked really hard to put the album together and get the word out there about it, so I’m feeling really grateful for its success.

Why do you think it’s important that musicians play music by Australian composers such as Dulcie Holland?

It comes down to culture and identity. Art and culture, no matter its form, is a foundational aspect of identity. Without it, there is no identity – whether individual or collectively.

“When we actively and consistently perform Australian composers with genuine interest (rather than a surface-level decision to include Australian works for ‘diversity’), we’re contributing to our own culture and that in turn creates an identity.”

I think that one of the shortcomings of the Australian music scene is its lack of its own music. This is not to say that there isn’t great work being done by grassroots-level and smaller organisations to create and perform Australian music, but it’s undeniable that we’re still too preoccupied with predominantly European classical music. When the next generation of musicians are brought up in this environment where they aren’t given many chances to listen to or learn Australian music, this idea that Australian music is ‘inferior’ is perpetuated. We end up with Australian musicians playing anything but Australian music for Australian audiences.

When we actively and consistently perform Australian composers with genuine interest (rather than a surface-level decision to include Australian works for ‘diversity’), we’re contributing to our own culture and that in turn creates an identity. To have Australian music being performed by Australians, for Australians means we promote a body of work that we can identify with and proudly call ours. I think that is crucial to have a cultural identity we can be proud of, otherwise we risk losing that sense of culture and identity.

What’s next for you?

I’m supposed to be finishing up my Bachelor of Music this year, so I’m working on my graduating recital which is a program of music by living Australian composers. There’s also a concert in October with the Sydney Contemporary Orchestra where I’m premiering two piano concertos which I’m looking forward to! I’m hoping to do my Honours next year and I’d look at doing a research project similar to what I did with Dulcie Holland Crescent. I’m also trying to start programming an off-beat gig which I would love to take on a regional tour. Otherwise, I don’t think too far ahead in the future – I’ve usually got enough in the near future to keep me busy!

You can listen to Ronan's debut album, Dulcie Holland Crescent, on the streaming platform of your choice here.

Learn more about Ronan's work at his website: ronanapcar.com. 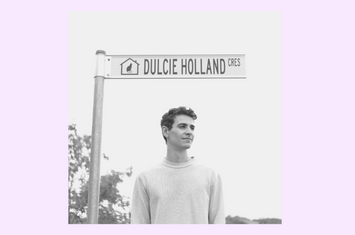 Create an account to enjoy express checkout and manage your purchases.

Enter your email address and we will email you a link to reset your password.

Create an account for exclusive discounts, express checkout and all the latest from us.